LSD is a drug. One that has been banned from research for a long time. Prior to banning LSD, it had shown positive possibilities in many many areas. Research was banned in the 1980’s. Since the 80’s technology for looking at brain activity has advanced immensely. Now it is possible to understand the physical effects of the drug on brain activity and function.

Here is an excerpt from the Guardian article.

“A dose of the psychedelic substance – injected rather than dropped – unleashed a wave of changes that altered activity and connectivity across the brain. This has led scientists to new theories of visual hallucinations and the sense of oneness with the universe some users report.

The brain scans revealed that trippers experienced images through information drawn from many parts of their brains, and not just the visual cortex at the back of the head that normally processes visual information. Under the drug, regions once segregated spoke to one another.

Further images showed that other brain regions that usually form a network became more separated in a change that accompanied users’ feelings of oneness with the world, a loss of personal identity called “ego dissolution”….

The study could pave the way for LSD or related chemicals to be used to treat psychiatric disorders. Nutt said the drug could pull the brain out of thought patterns seen in depression and addiction through its effects on brain networks.

Amanda Feilding, director of the Beckley Foundation, said: “We are finally unveiling the brain mechanisms underlying the potential of LSD, not only to heal, but also to deepen our understanding of consciousness itself.”” 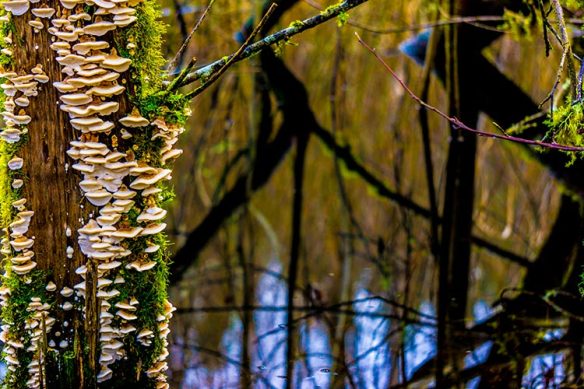 Can one blissful moment change your life? Producer Andy Mills introduces us to Reverend Mike Young, a man who can pinpoint a pivotal handful of minutes in the 1960s that he claims did just that. As a college student, he was part of a study in which theology students were given psilocybin (a.k.a. magic mushrooms) in a church basement during a Good Friday service. This might seem ridiculous, and in fact, it wasn’t long after that the use of these kinds of drugs for both science and recreation was banned. Nonetheless, we follow our curiosity to some current psilocybin experiments that demonstrate the powerful and surprising effects of psychedelic drugs. Dr. Roland Griffiths and Charlie Bessant help us pin down these hard-to-describe, intense feelings of rapture. And Andy finds himself reassured about a deeply personal experience from his own past.

Go here to listen to the interview >