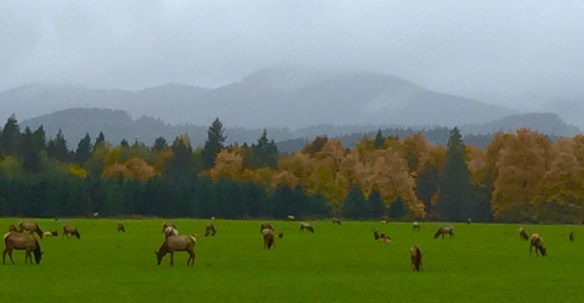 Elk in a pasture a few miles from my home.

Wanting to be liked we sometimes present our idealized self to others. What a therapist once described to me as selling ourselves. Not surprisingly, that most often creates the opposite result. The following is an excerpt from an article in the Harvard Business Review.

“In 1997, Arthur Aron, a social psychologist and director of the Interpersonal Relationships Lab at Stony Brook University, performed a groundbreaking study that answers this question.

He and his research team paired students who were strangers. The students were given 45 minutes to ask each other a series of questions. Half the pairs were given questions that were factual and shallow (e.g., a favorite holiday or TV show). The other half were given questions that started off as factual but gradually became deeper (e.g., the role of love in their lives, the last time they cried in front of someone else). The final question was, “Of all the people in your family, whose death would you find the most disturbing?”

After the 45 minutes, Aron’s team asked the participants to rate how close they felt to their partner. Pairs from the second group formed much deeper bonds. In fact, many of these participants started lasting friendships. In one longer version of the experiment, two participants even got engaged a few months after the study.”

Here is a link to the article.

This 12 minute video is exceptionally good.

The following YouTube is an audio conversation with John Gottmann. It is 35 minutes long a a worthwhile listen.

We live in a wonderful age of information. With just a little bit of commitment we can find brilliant answers to so many of our questions. The videos below are from my favorite relationship researcher John Gottmann, he has been researching the causes of relationship success and failure for decades. If both people in a relationship wanted success, he has the tools available in books and videos. These videos are great.

I have been adding to my News and Studies section of the website.

The topic is relationships. Relationships, the commonality of human existence. I already have five interesting studies. Take a look here > 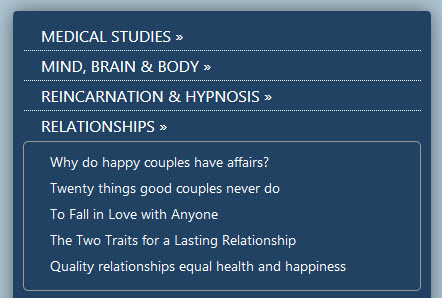